More than ten buildings comprise the site of the Ostrov Commercial Centre as developed according to the rules of Peter the Great.  This required all buildings in this quarter of Vassilievskii Island to be constructed with an Italianate façade – including this cigarette factory.  Following two centuries of varying uses, thirty years ago the site was developed into a retail and commercial complex.  During each of these iterations the spaces, volumes, services and circulation became ever more convoluted and disrupted resulting in a chaotic and inefficient building.

Studio Buschow undertook the reworking of the complex with a detailed analysis of each space and floor, their connectivity to horizontal and vertical circulation, and any impediments to maximizing their use and tenant satisfaction.  This resulted in a series of recommendations that included the introduction of a new commercial entrance, new lift cores and improved horizontal circulation.  Once completed connectivity of spaces and tenants will be improved by 60% and even the project at the design stage has resulted in the centre  now having an almost 100% increased occupancy rate.

Up-coming projects for 2019 include the completion of a new commercial reception and canopy in a previously disused courtyard, a new corporate branding strategy, and a facelift to several floors of the retail centre. 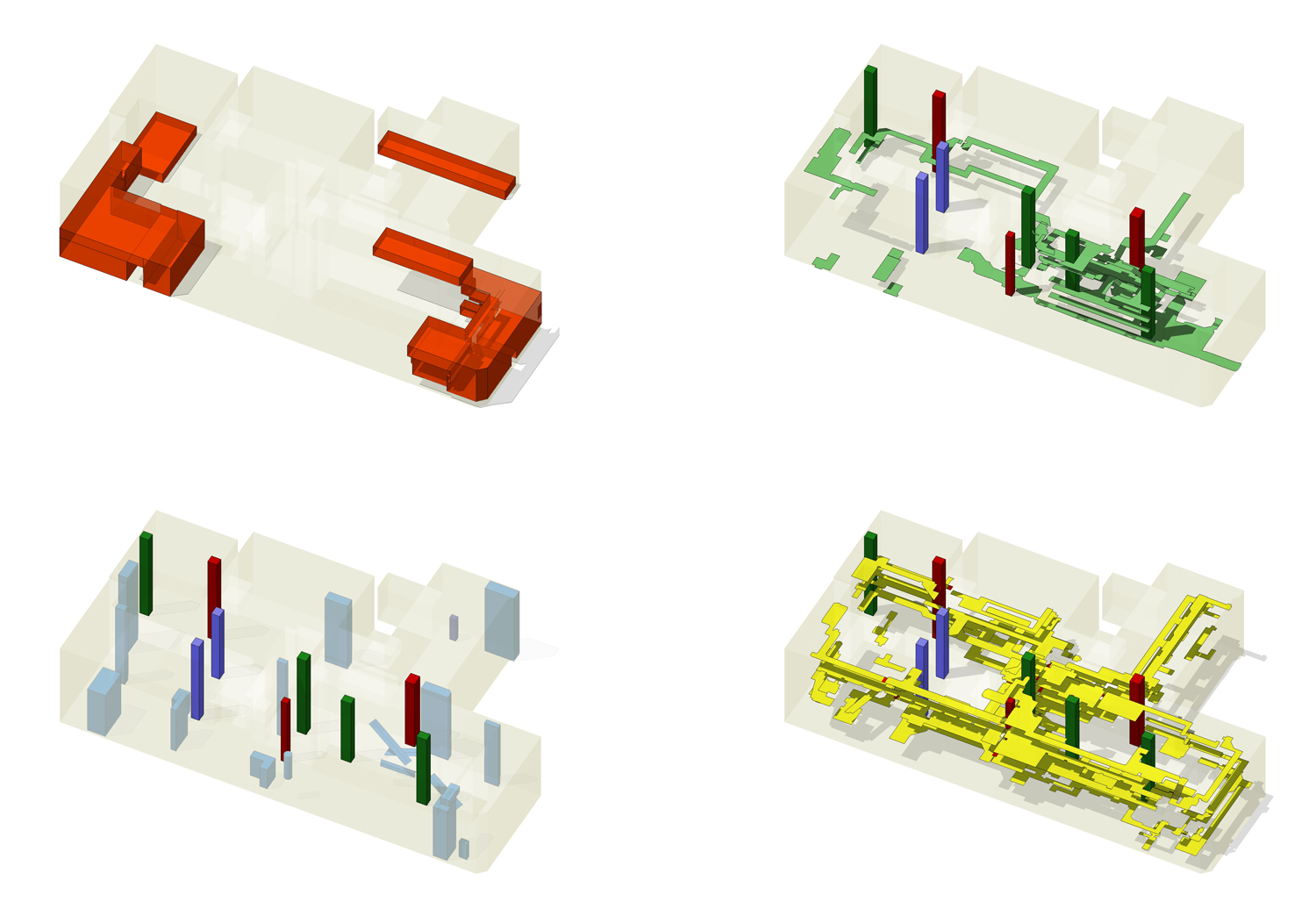 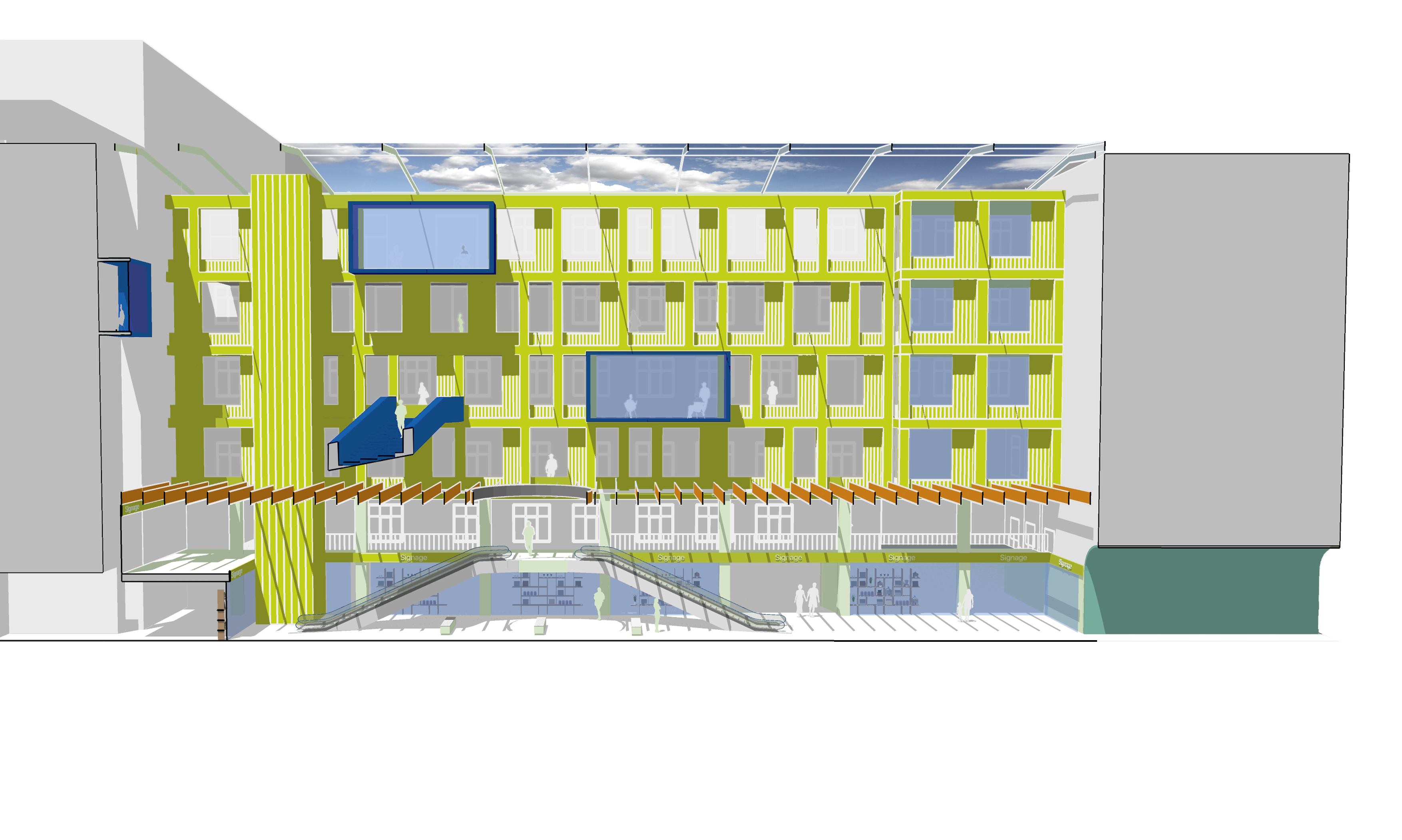 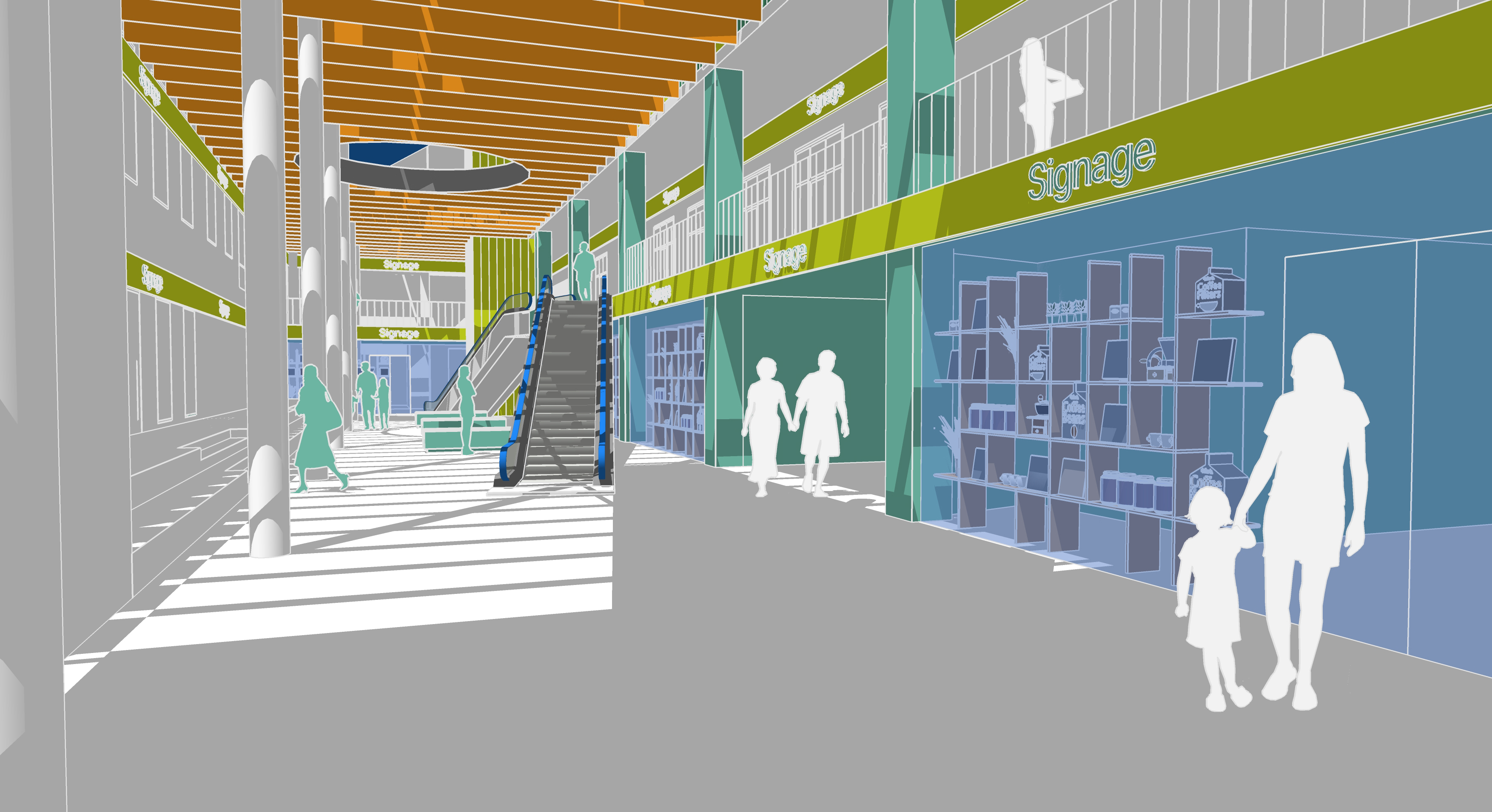 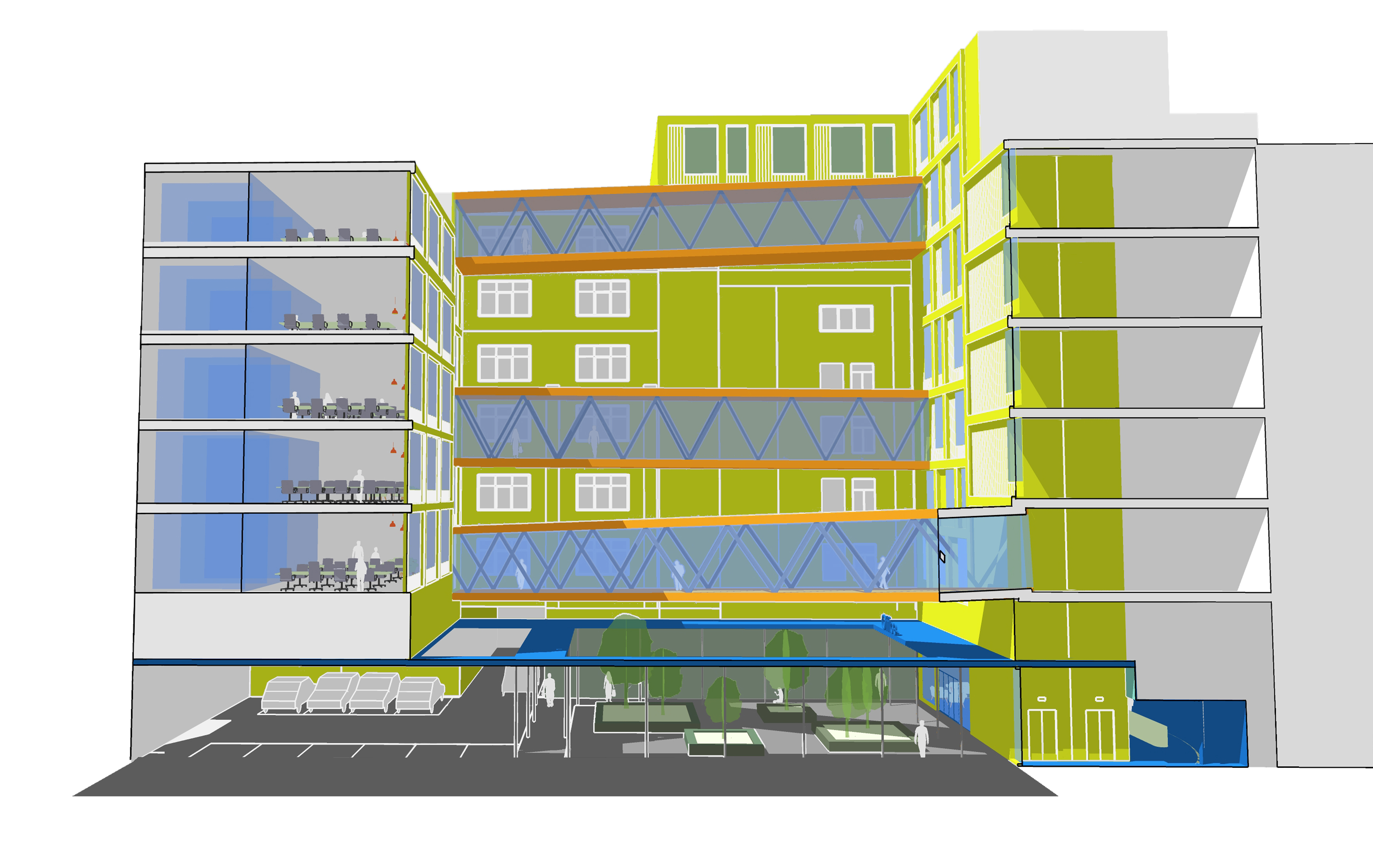