In early 2018 The & Partnership won the advertising business for TME across several European countries  with Studio Buschow being asked to deliver a number of ‘on-site’ agency spaces primarily located within existing country Toyota headquarter buildings.  To date we have been involved in the design and delivery of spaces in France, Germany, Poland, Spain and Britain – as well as the central hub in London.

Starting with a hub based in London we developed a concept based on a ‘garage’ theme that represented the innovation and dedication of the team to the clients’ product development – as previous garage-based innovators had to theirs.  The simple palette consists of black and white elements that adjust according to location overlaid with OSB (oriented-strand board) to help define large walls intended to display, share and critique on-going work.

As well as defining the prototype in London, Studio Buschow’s role has been to develop, curate, procure and project manage each of these projects in each of these locations.  This has led us to develop an expertise in finding and working with local partners – either in design/procurement or in construction/delivery – where required.  This has definitely enriched the work and approach of the practice over the past few years. 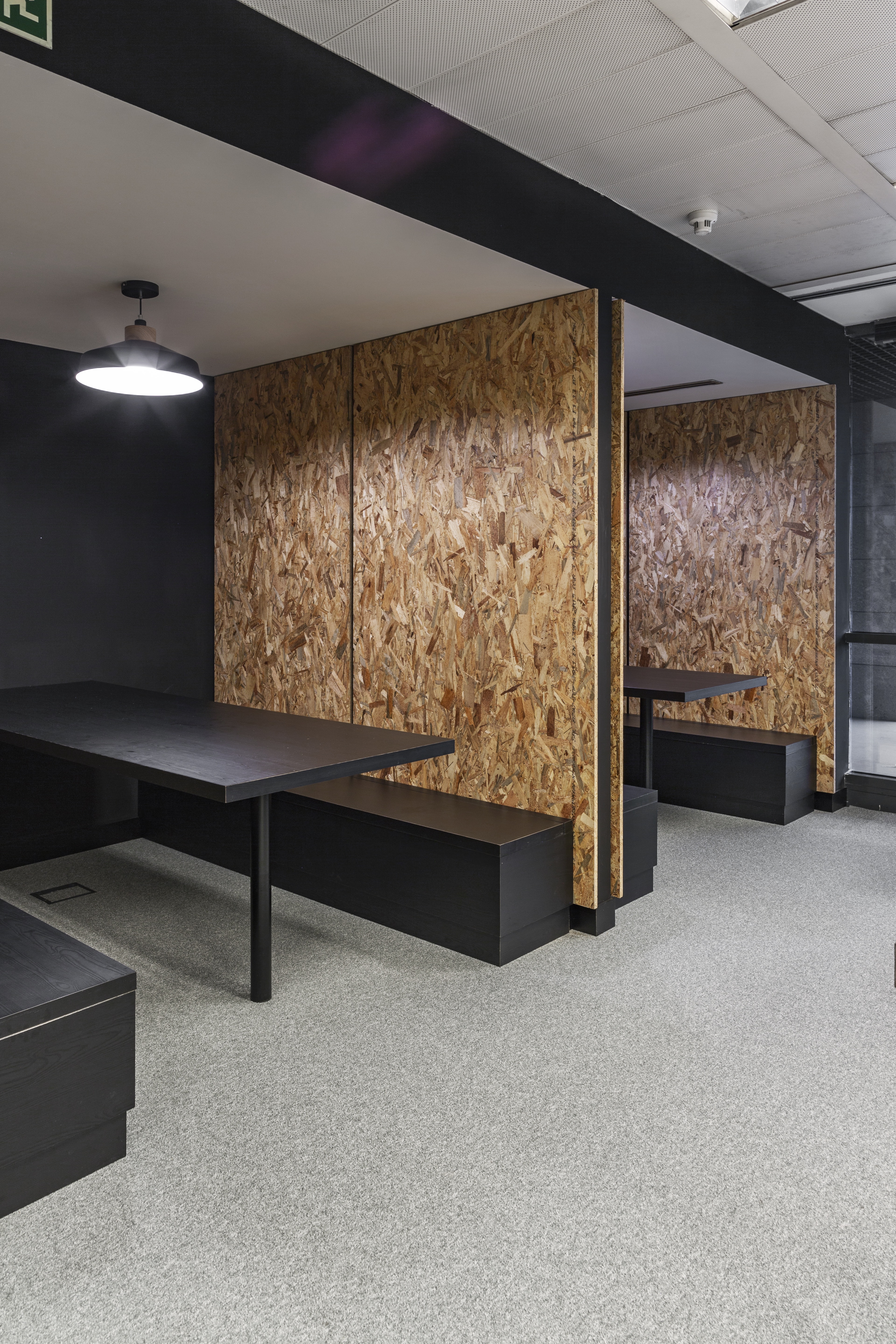 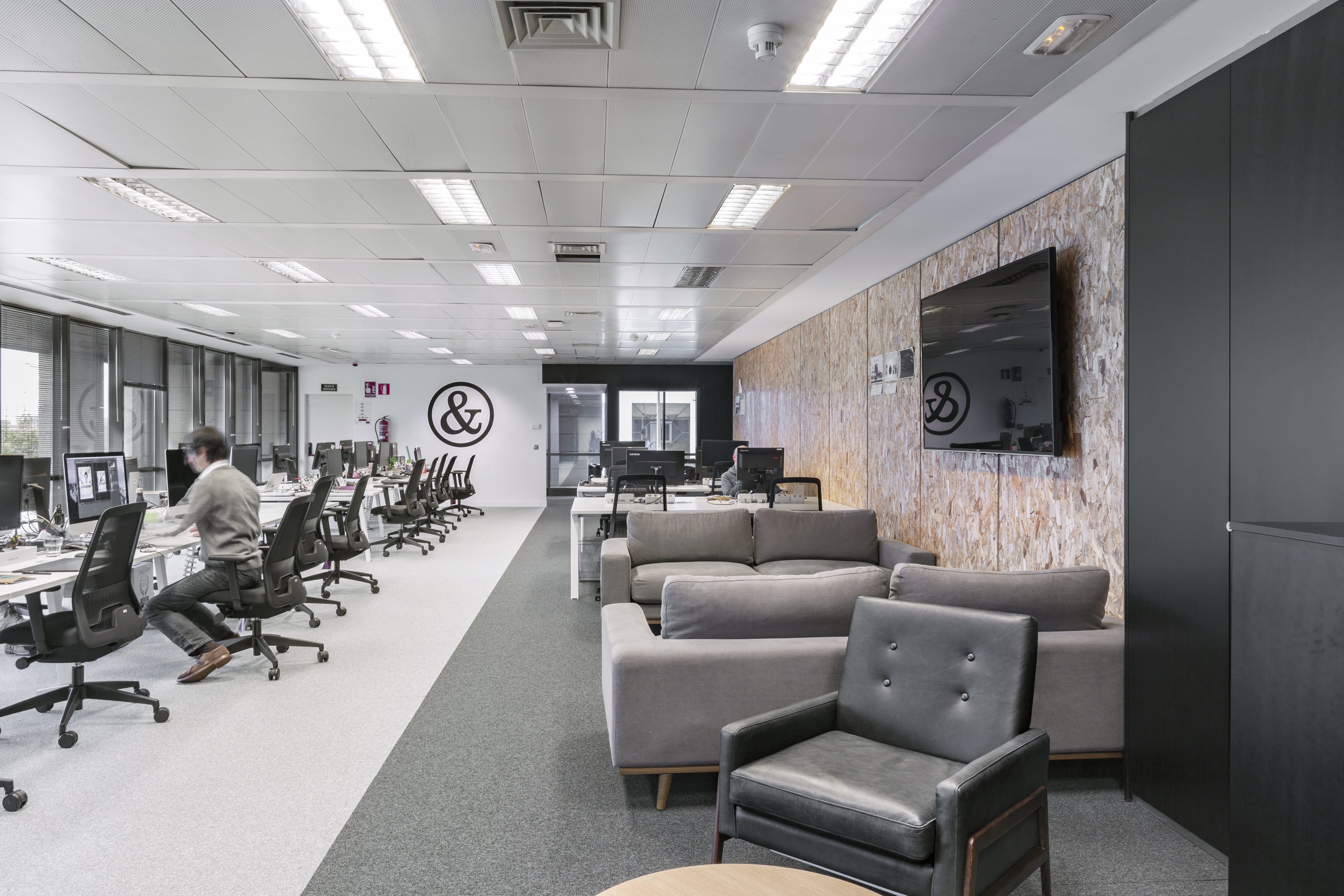 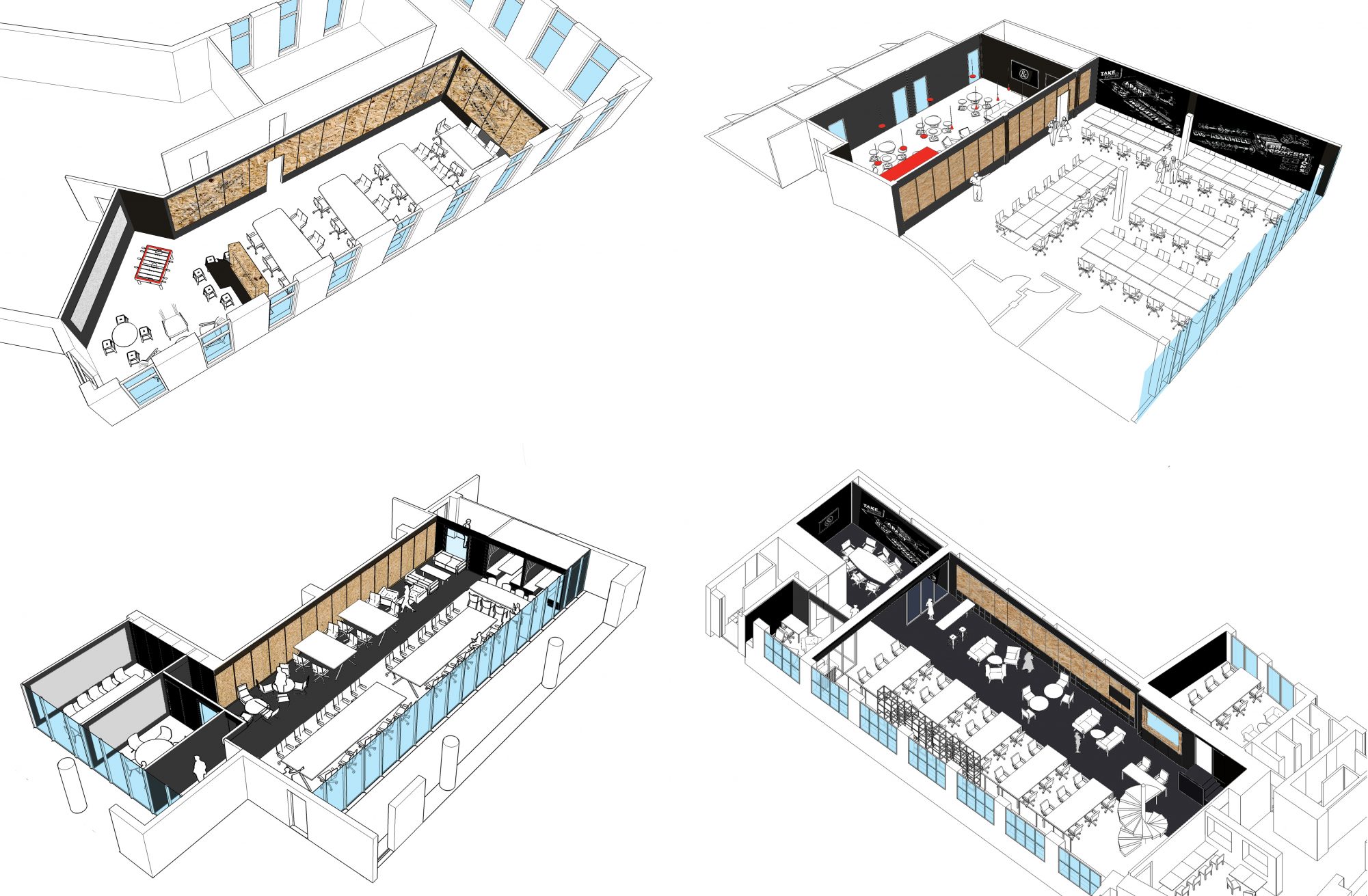